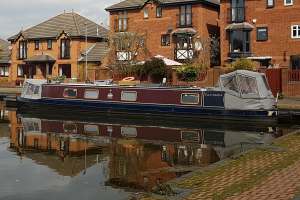 Born in Shoreham-By-Sea, West Sussex, Tracey moved all of four miles along the coast a year after marrying Tim in 1987! Original career path - Pharmacy Technician, in both retail and hospital pharmacy. During a 16 year career break to bring up 2 daughters, she did a range of things including child-minding, later setting up & running her own Nursery for 5 years. Then, after a couple of other jobs, went back to hospital pharmacy, but hated it! She then worked happily as receptionist and publicity designer at a local bus company (where Tim also worked), before becoming Vision Impaired and losing her job. Tracey loves anything furry and four-legged. Have started a course in Theology (ultimately leading ot a degree) but struggling to find time to do the studying. Determined to achieve it somewhen though! She helps husband Tim with the website and magazine by proof reading, using a screen reader, to proof read.

Tracey became a Christian after being nagged by her best friend to go to the church youth club. She resisted for some time, because if you went to the club you were also expected to go to church! Finally surrendered, found a very warm, friendly welcome, went back, then went to a 'mission' event and gave her life to the Lord. Have since been through some deep pits of spiritual experience but now firmly believe and know that the Lord is her guiding light and best friend. He keeps reminding her of Jeremiah 29:11 and Matthew 6:25-34. Promises He made many years ago and has never failed to deliver! He is an amazing God.

Had one narrowboat holiday 20 years ago and loved it. Then finally managed another one in October 2009 in the blizzards on the Black Country Ring. Loved it even more. It was there that Tracey & Tim started to notice boats with fish symbols on them - went to Google and made contact with the BCF, getting totally drawn in! They owe a debt of gratitude to the BCF for being the beginning of their journey back to the Lord after a long period in a 'miry place'. A series of miracles later (including Tracey's loss of eyesight!) led to a new life on the waterways. They are now part of the Canal Ministries team.

Tracey was magazine editor, but gradually had to hand this over to Tim as her eyesight failed, although they still worked as a team. After eight years, they felt it was time to hand the baton on to someone new. 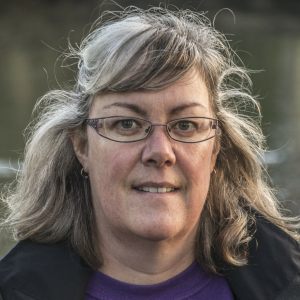