Peter was born and brought up in South West Middlesex and went the village CofE Boys Junior school and local boys grammar school. He went on to Birmingham University and the Polytechnic of The South Bank, London to read Mechanical and Power Engineering. A 29 year engineering career in power station maintenance, design and construction followed, ending up at Dungeness B Nuclear Power Station, Kent. Peter took a sharp career turn in 1996 into Christian Schools and Children's Work. Now retired and living in Oxfordshire, he is interested in birds, canals and boats, water colour sketching and painting, history and people. Peter is married with seven children and six grandchildren.

He became a Christian in 1968 shortly before starting at University. He was having some personal problems and a Christian girl cared enough to offer to pray. Her prayer and his response to it led him to get to know Jesus as his Saviour. Problems immediately became manageable and, with Jesus guiding life changes and life-style, many were completely resolved. He has followed Him ever since. Peter is 'looking to Jesus, the author and perfector of my faith' (Hebrews 12 v 2).

Peter's wife had a dream about a boat and, after watching a promotional video where she saw a similar boat, they tried a boating holiday in 1999. With four of their children, who were in their teens or twenties, they loved the week on The Black Country Ring. They then took their two youngest for another week on a mIni ring to see how they would cope. They got on great, discovered that the children did not wander off or get lost (which was a possibility when trailer tenting), and have had boating holidays every year since. They bought Sonflower and moved onto her as their main residence in 2003. They now cruise for most of the school holidays. The Lord has asked them to allow other people, who need a holiday but don't have their own boat, to borrow her when they don't need her for themselves. 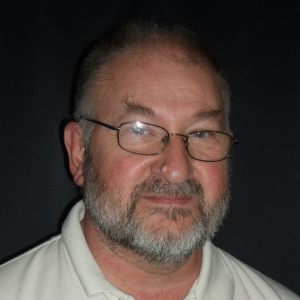