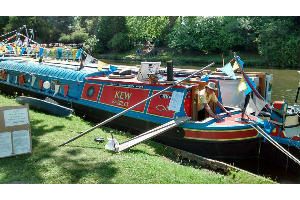 David was brought up in Hertfordshire, and initially worked for the County Council Town Planning Department, whilst studying part time. He married Mary and they moved to Worcester, where they lived as illegal liveaboards in Diglis Basin! David then worked in Hong Kong for three years, where their three children were born. After another spell abroad, this time in Cyprus, they settled in Romford and, on retirement, moved to a canal side house at Fazeley Junction.

His parents were not churchgoers. David became a Christian through a Christian Union whilst studying. Since then, he has generally been an active church member at local and diocesan level, both UK and abroad.

As a teenager, David knew the canals of Hertfordshire by bike. He naively thought it a good idea to live cheaply on a boat when BW were selling them off as scrap in the 1960s. He had done little canal boating, but his Father had a dinghy, and he was in Navy Cadets. They swept the coal out of Kew - an ex-BW River Class former butty - and converted it themselves to live on. They went to boat gatherings aiming to promote a Christian presence at these events, including the Sunday service at the National Waterways Festival (before BCF started)! 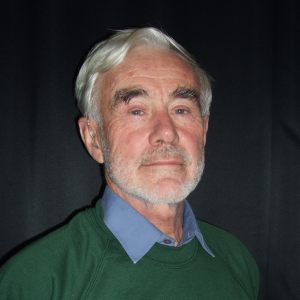