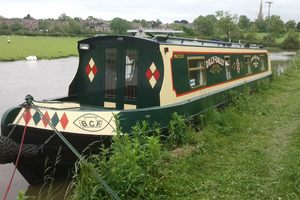 Alan was born in Nottingham at Meadow Lane near Trent Bridge. His family moved to the Eastwood area when aged 14. At 15, he became an apprentice Carpenter/Joiner, working on housing. In 1973 he went self-employed, fitting out caravans. He had a Vespa & motorbikes, and loves cars and motor racing. He started playing drums at an early age and still plays with friends in bands and churches when asked. Enjoys art watercolour and acrylics. Latterly he fitted out boats as Dilnot Ltd.

He became a Christian following a telephone call to his parents inviting them to church. Although the Pastor did not know them, he got the telephone number out of phone directory! Two weeks later, Alan went to the youth meeting, and on a Sunday night on his 19th birthday gave his life to the Lord.

As a family, Alan with his wife, Hazel, hired a day boat on Lock Lomond while up in Scotland. This made them think about boat holidays. The first was on a cruiser from Eli to Bedford. The next was on a narrowboat on the Trent & Mersey. They borrowed friends boats, and Alan also worked on boats in exchange for being allowed to use them! A Springer Bug was their first boat, which Alan fitted it out and called it "Dilly". Sadly, they now do not have a boat, as they sold Dilly Dally, their second boat, after 26 years of boating. They still like being a member of BCF though! 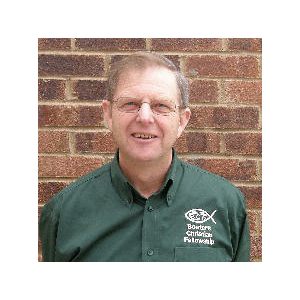